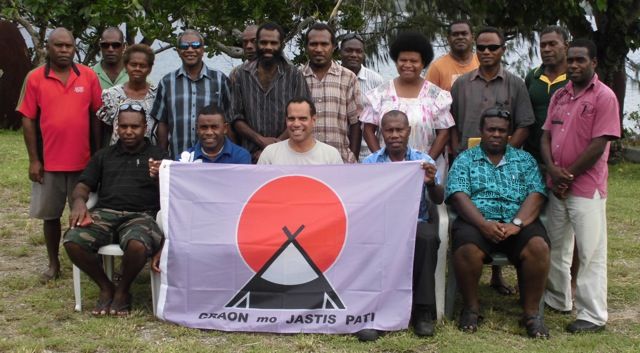 The GJP Constitution requires that a National Caucus of all Elected Officials of the party is held each year to bring together all MP’s and Councillors of the party to share experiences and contribute advice and guidance to assist the management and growth of the party.

The 2015 meeting was scheduled to be held in November last year but was cancelled due to the dissolution of Parliament and the snap election.  The meeting on Lelepa over the weekend was in fact the meeting for the year 2015.

The meeting was attended by the 6 GJP MP’s elected in the snap election of 2016 plus 14 of the 17 GJP Councillors currently serving on the Provincial Governments of Sanma, Penama, Malampa and Shefa as well as the Municipal Councils of Luganville and Port Vila.

The GJP Presidents of Shefa and Sanma Province were in attendance.  GJP President Minister Ralph Regenvanu called the meeting a “success”;

“The meeting allowed the other elected officials to meet the new Councillors elected in Luganville and Sanma Province last year, and was invaluable in sharing the experiences of the snap election of January 2016.  Important resolutions were passed that will assist the growth of the party into the future”.

The next Elected Officials meeting is scheduled to be held in Santo at the end of this year.